Chiptuning Troller - founded 1995 in Brazil, state of Ceará. Company specializes the production from SUVs. T4, first model by this brand. 3-liter TDI delivers 163 hp and all-wheel drive as standard. 2007 Ford Motors bought Troller-business. Since then, a second manufacturing line was attached, briefly PickUp Pantanal produced. Equipped to obtain more performance for these vehicles, use chiptuning Troller. Get much better perfomance.

Troller chiptuning - Troller (formerly Troler) is one of the few car manufacturers in Brazil. Rogerio Farias founded the company in 1993, and from 1997 began mass production. The first model of the young brand was the Pantanal, second and now only model is simply called T4. Critics criticize the for use in the field to weak cars. With Troller chiptuning we offer a solution made in Germany. At the Dakar Rally in the year 2000, cars of type 5 were launched. Here we feel connected by troller chiptuning.

Troller chiptuning - The Brazilian manufacturer has specialized since 1995 in the production of off-road cars and SUVs. In 2007, Troller was acquired by Ford Brasil, mainly to avoid import duties. The T4 is based on the Wrangler and equipped with a 3.2 L turbodiesel - here Troller chiptuning offers itself quiet well. As a connection to Troller chiptuning you could see the multiple participation in the Dakar Rally. Four T5 cars took part in 2000. 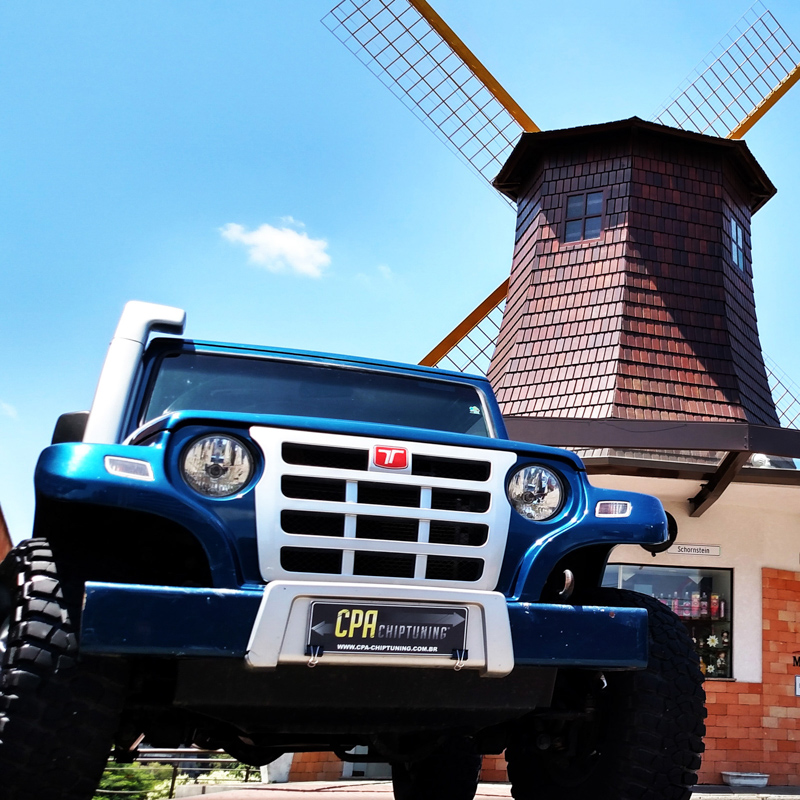 Do the test and convince yourself of our PowerBox. The Powerbox of CPA achieved an attractive more power for your SUV.