Chiptuning Changan - Changans origins can be traced back to a military supply factory. Initially produced under license by Suzuki. In 1999 own vehicles were developed. Since 2001 the Ford Mondeo is distributed by Joint-Venture. Prinzipal activity are micro-vans like Jiexung, limousines and commercial vehicles. In cooperation with Mazda-Changan offers the Yuexiang. Forbes magazine lists the company at Rank 133 on global growth. Chiptuning Changan gives your vehicle the power it deserves.

Changan chiptuning - First documented traces of the group go back to a nondescript weapon factory in 1862. Already in 1959, they entered into a joint venture with Suzuki and began producing the first cars. From mini-cars to mid-size cars to trucks, every kind of automobile is built. Changan announced that it would not be able to produce combustion-engined cars from 2025, but Changan chiptuning is also available for electric cars. Currently one produces by joint venture with Ford, PSA but also own developments are manufactured. Various models allow a lot of scope for Changan chiptuning.

Changan chiptuning - Changan was founded in 1862 when spare parts for the military were still being produced. Today, the company is counted among the "Big Four", China's four largest carmakers. Through joint venture with Suzuki, PSA, Ford and Mazda, the manufacturer has a wide range of products. The possibilities for Changan chiptuning are almost unlimited. Changan announced that they want to stop production of classic burners by 2025 and instead rely on alternative powertrains. The Raeton CC can even be counted among the more sporty models, here offers Changan chiptuning. 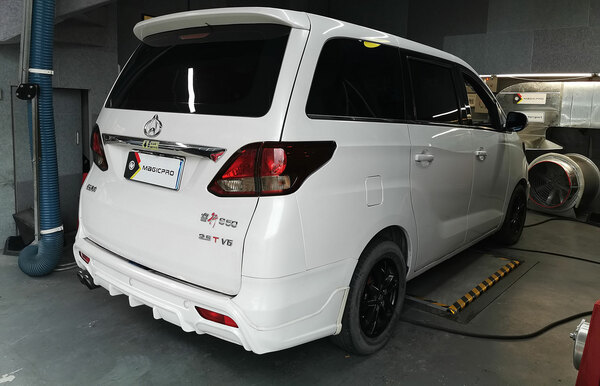 If your car is too sluggish for you and it lacks some power, you will find the Changan RuiXing S50 1.5T chiptuning at CPA Performance. With engine-specific software you get the suitable tuning.