Mitsubishi Chiptuning - did you know? Company name (from 1873) is originally with shipping companies, later arms production & construction of a combat aircraft conjunction. Only marginally, because they had more than 70 corporate. Mitsubishi-Motors-Corporation, headquartered Tokyo, one six largest automakers in Japan. Until 2000, sports car 3000 GT was produced and the Lancer Evolution four times (1996 - 1999), rally - winning World Cup. We offer Mitsubishi Chiptuning at a fair price.

Mitsubishi chiptuning - Literally translated from Japanese, the name means "three diamonds", which is also reflected in the brand logo. With its motor division the group is one of the six largest car manufacturers in Japan. In addition to vehicles, they also sell engines and electrical appliances worldwide. With 12 wins at the Dakar Rally and five World Rally Championship victories, Mitsubishi is the most successful manufacturer in rallying. Here you can build a bridge to Mitsubishi chiptuning. Mitsubishi chiptuning puts rallying on the road. 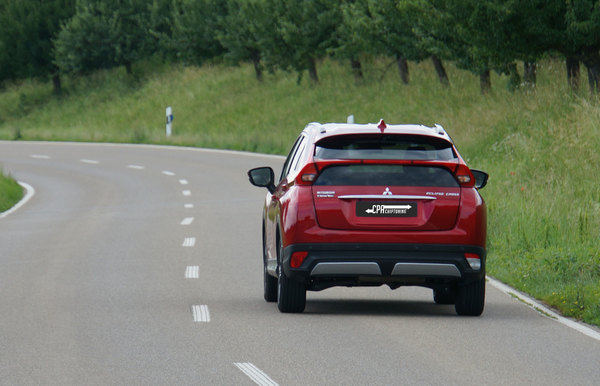 In the long-term test, the engine-specific software was developed and so a great extra power for the Mitsubishi Eclipse Cross 1.5 T-MIVEC ClearTec can be achieved. CPA Chiptuning PowerBox and ConnectiveSystem.

A very satisfactory result provided the CPA PowerBox in the test with the Mitsubishi Outlander. Engine tuning with the PowerBox of CPA.