Chiptuning Beijing X25 - The crossover SUV from the Chinese manufacturer Beijing Motor Corporation (also called BAIC), also runs under the name Senova X25. Since the end of 2016, imported by Indimo Germany, it has also been on German roads. The 1.5 liter in-line four-cylinder from Mitsubishi is available with 116 hp and comes with a manual gearbox as standard. An automatic transmission is available as an option. There is an increase in power with Chiptuning Beijing X25. 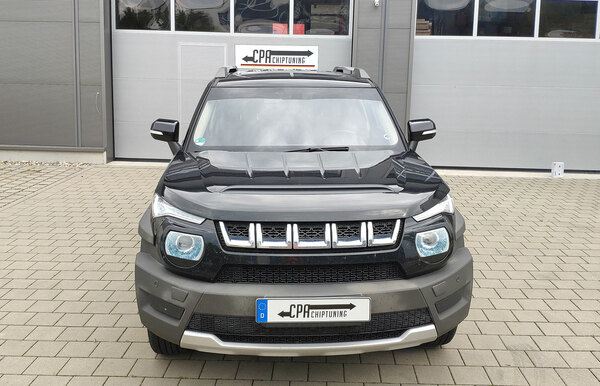 Beijing BJ20 Chiptuning with specially developed and engine-specific tuning software and the CPA PowerBox. Perfectly compatible tuning to increase power with as little wear as possible for your car.